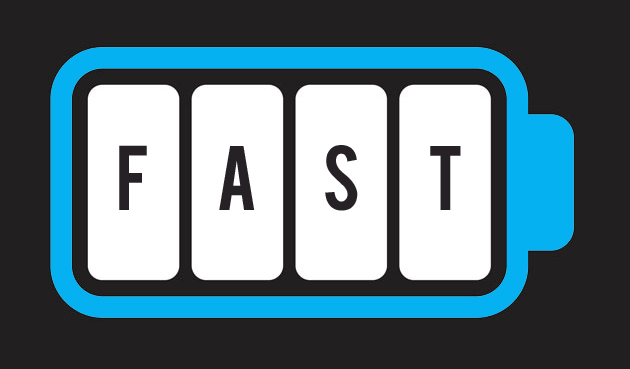 Thanks to the smart geeks at Oppo, Samsung, and Motorola, cell phone owners might not have to angina from dreaded dead battery anxiety.

Oppo is one of the first manufacturers in the fast charge technology for phones race. . Being a fairly new manufacturer in the United States, Oppo entered the market with the Find 7 & 7A, a high end flagship device with top tier specifications and most importantly, the ability to charge 90% of the phones 3,000 mAh battery in 45 minutes with Oppo’s VOOC Rapid Charge charger. After observing Oppo’s success with Find 7 and its rapid charge technology, other manufacturers followed suit. Samsung, a giant in the mobile phone market now offers similar fast charge capabilities in their Galaxy Note 4 and Galaxy S5 smartphones. Both phones come with bespoke charging ports to allow for the fast charge capabilities. The Note 4’s fast charge capability allows the phones battery to charge from 0-50% in 30 minutes.

Another power player is Qualcomm. In modern smartphones, Qualcomm supplies the processors for manufacturers such as Samsung, LG, HTC, and many others. Having recently released Qualcomm Fast Charge 2.0, the company claims that their latest generation of Quick Charge can charge your phone 75% faster than previous generations and interoperate with existing USB charging solutions. In order to take advantage of Fast Charge 2.0, your phone must contain the compatible Qualcomm Snapdragon processor.

It’s always a very frustrating experience seeing your phone’s battery percentage meter drop below 20 percent. Of course this only happens when you need your device the most. Battery charging technology hasn’t seen much attention in last couple of decades. In fact, the technology pales in comparison to the devices they power.

Fast charge technology is making some good noise on the market. However, there are some drawbacks to using fast charge compatible devices regularly. The first of which is the charging apparatus itself. For example, Oppo required its users to use the compatible VOOC charger in order to access its Rapid Charge abilities. The same can be said for Samsung users as well. Samsung also has its own charger unique for its products which allows for Fast Charging of the device. Another concern mobile users are having is the lifespan of the battery after continuous usage of fast chargers. Batteries have been known to deplete and lose their ability to carry power after repeated use of rapid charging. Despite this fear, manufacturers ensure that the batteries in their phones will not deplete as long as the phone is charged using genuine chargers. A long-term test of this new technology will show of this claim is true.