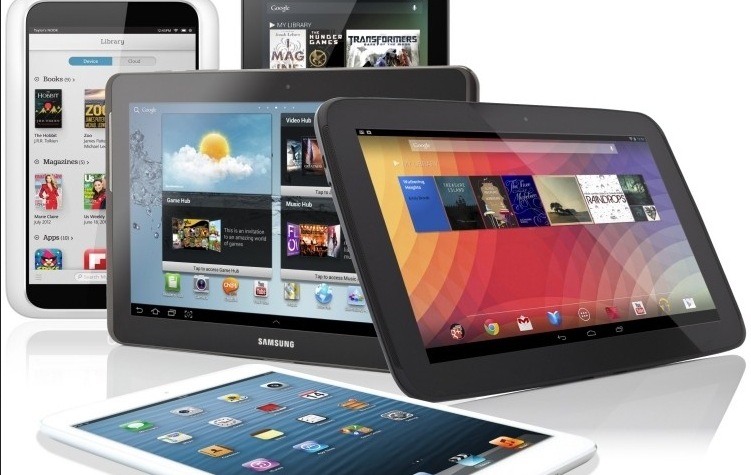 The tablet craze is losing steam as smartphones take more mobile device market share than tablets in 2014 and 2015.

After nearly five years of growth, the tablet market has officially stalled. According to research firm IDC, tablet sales fell 3.2% year over year in the 2014 holiday quarter, with even bigger drops coming from market leaders Apple and Samsung.

The tablet’s biggest problem? The smartphone. The tablet’s older, smaller family member has quietly started doing all of the tablet’s tasks. And in some cases, the smartphone is just flat-out better.

The tablet was the obvious choice for books back in the days of 10-inch tablets and 3.5-inch smartphones,. A iPhone 3GS was conveniently portable, but the petite screen was too small for everyday reading.

The average smartphone screen size has risen from 3.5 to 5.2 inches. Boom! A true game-changer for the smartphone. Sorry tablet.

A larger screen makes everything better. Reading, texting, and Snapchatting all become a better user experience. Not to mention as the market for smartphones expands, so does the level of website optimization for those screen sizes. Pretty pictures look even prettier when properly formatted.

A market mismatch exists today with few hundred million tablet users, but nearly two billion smartphone owners. All the hot games, apps and trendy stuff show up on the phone first, and the tablet (maybe) later. The biggest phones look a lot like small tablets, so many mobile developers are simply upscaling their existing phone apps to fit the tablet’s larger screen.

So much for special tablet apps. Smartphones are taking all the action.

Battery life is an issue. The juice on the average tablet lasts about 10 hours. Smartphone battery life has nearly doubled over the last five years. Thanks to technology like cell phone charging stations, smartphone and tablet users can keep their devices charged on the go.

Everyone is waiting to see what smartphone technology will bring along with the multitude of issues and fads. Stay tuned.