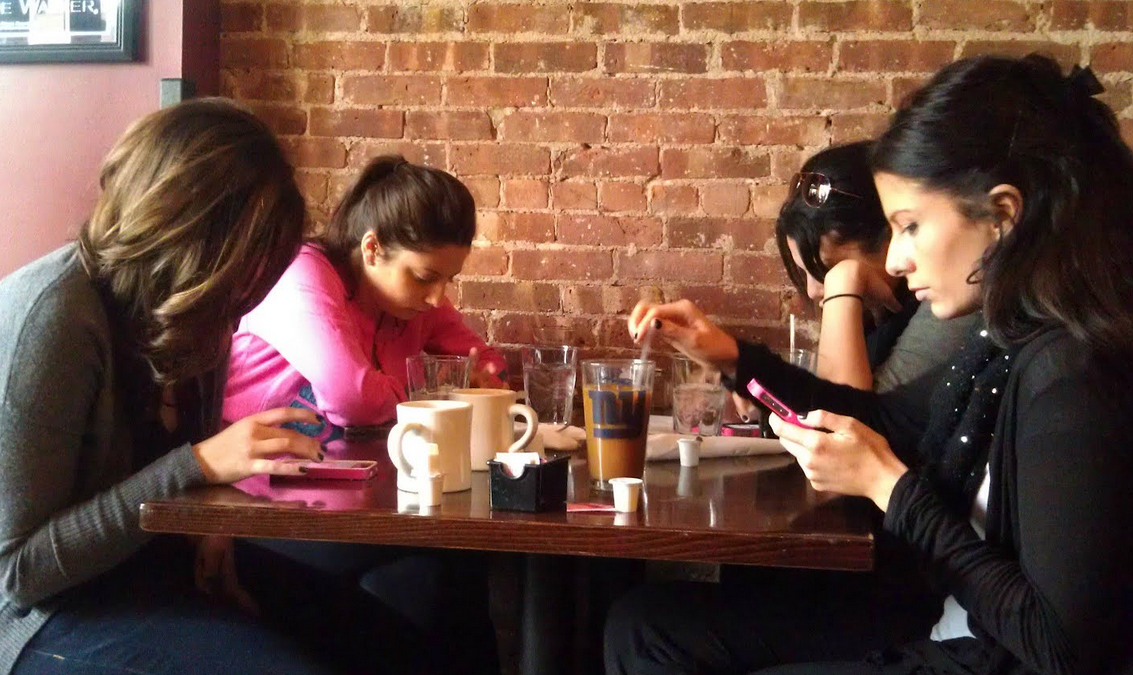 The relationship between today’s cell phone users and their devices is like an obsessive-compulsive and unhealthy relationship. With so many people constantly using them, there’s a growing demand for cell phone etiquette to avoid being disrespectful or even worse, fisticuffs.

Smartphones and cell phones have become a mainstay in the lives of everyone these days and this has introduced new challenges about how users and non-users alike approach basic social norms and etiquette. People are sorting through new rules of civility in an environment where once-private conversations can easily be overheard in public places and where social gatherings can be disrupted by people having their heads down on digital screens instead of in-person interactions.  It’s a startling fact that college students are more likely to have their cell phones on them than their wallets.

Cell phone overuse is often a subject used by comedians in their social bits.  Jerry Seinfeld has added a line to his schtick. “There is no security for you in this life anymore unless when you’re walking down the street, you can feel a hard rectangle in your pants,” Seinfeld said on The Tonight Show in 2014.

The New York Times published an opinion piece about what smartphones are doing to us and how they are apparently damaging our capacity for empathy. “Our phones are not accessories, but psychologically potent devices that change not just what we do but who we are,” MIT Prof. Sherry Turkle wrote.

So, when is it appropriate and inappropriate to answer a call, check a text message or use social media?  Well, when cell phone users reach for their phones after every alert, it comes off as rude and uninvolved. It is a blatant disconnect from those nearby.

With increasing reason to live vicariously through a mobile device, the physical world loses becomes less real.  Some 92% of U.S. adults now have a cell phone of some kind, and 90% of those cell owners say that their phone is frequently with them. Some 31% of cell owners say they never turn their phone off and 45% say they rarely turn it off.  This “always-connected” scenario has changed traditional standards about when it is okay for people to shift their attention away from their physical conversations and interactions with others.

Mobile devices play a complex role in modern social interactions — many Americans view them as harmful and distracting to group dynamics, even as they can’t resist the temptation themselves. Cell phones in high schools have caused a large distraction that is hard to control. Almost every high school student in the US has a cellphone, and I would guess that almost all of those cellphones are smartphones. The need to stay connected during the school day is a serious problem because students are more focused on updating Twitter and Instagram rather than learning the fundamentals they will need in life.

On a similar note, cell phones are part of daily life.  We rely and them every day.  Common sense and courtesy are the cornerstones of cell phone etiquette.

At Veloxity, we applaud cell phone etiquette and offer cell phone charging kiosks for businesses to purchase or rent.