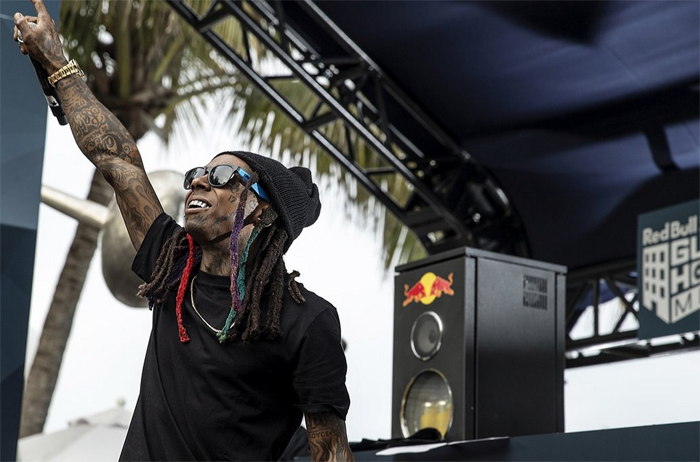 Saturday was unbelievable. The sun and the stars were out big time. Star athletes, to be specific. New England Patriots wide receiver Julian Edelman played table tennis. San Francisco 49ers running back Reggie Bush chilled. Pro snowboarder Louie Vito and Lolo Jones, the track and field and bobsled Olympian, bonded by the pool. And there was some serious music.

As in past years, the four-day takeover had artist interviews streamed on Red Bull Music Academy Radio and the Traktor Cookery School, an event by DJ technology brand Traktor that pairs famous DJs with chefs who prepare food poolside. The IMS documentary film series, which will include film-related Q&As, made it’s debut.

In an unprecedented and totally dope move during the hot weekend, Lil Wayne, under the name “liltunechi,” Instagrammed a pic of himself hanging out with some pals and enjoying a Red Bull Yellow Edition.