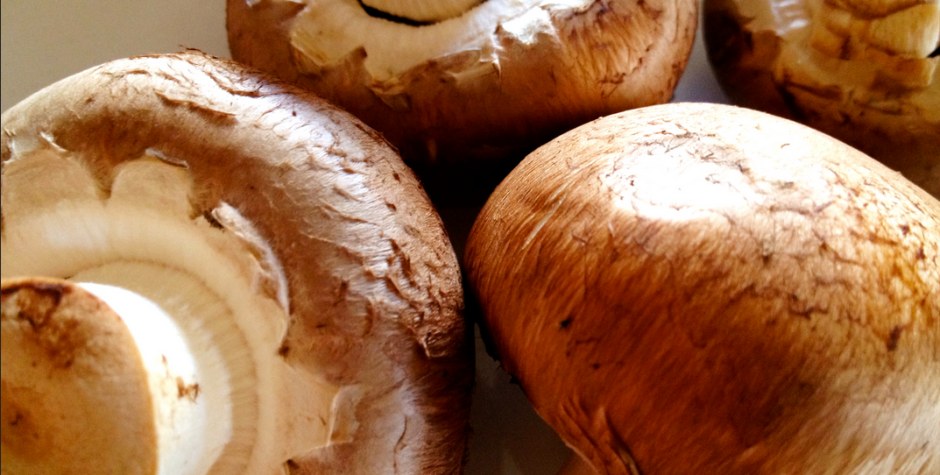 The porous structure of portabella mushrooms could be the key to power up cell phone and electric vehicle batteries.

Researchers at the University of California,  Bourns College of Engineering, announced that they have made a more sustainable, less expensive and possibly tastier way to power the Lithium-ion batteries that power cell phones, electric cars and other devices.  They are betting on portobello mushrooms.

These days, most rechargeable Lithium-ion batteries contain synthetic graphite, which is costly and damaging to the environment. In order to prepare graphite for use in electronics, it must be treated with harsh chemicals (like hydrofluoric acid) that create tons of hazardous waste. So, the industry was already on the lookout for a replacement, and a tasty candidate would be something plant-based and bountiful.

The savvy UC, Riverside engineers who created the gizmo thought Portobellos would be a good fit because they are low-density and have just the right amount of potassium salt, both key ingredients for a good battery with a long life (also, a so-so sandwich). In fact, they theorized that this battery would get stronger and stronger and have a longer capacity the more it was used.

“With battery materials like this, future cell phones may see an increase in run time after many uses, rather than a decrease,” said Brennan Campbell, a UC, Riverside graduate student in the Materials Science and Engineering program.

That’s partly because the inside of a Portobello mushroom skin is made up of tiny ribbon-like structures that, when heated, open up into a network of channels to store energy, which is exactly what you look for in battery electrodes.

The findings were published in a paper titled “Bio-Derived, Binderless, Hierarchically Porous Carbon Anodes for Li-ion Batteries,” in the journal Nature Scientific Reports.

The number of electric vehicles and mobile devices is expected to surge over the coming decade, which would place considerable strain on our environment and resources as far as battery technology exists today.

The move to shrooms not only has the potential to reduce the economic and environmental cost of battery production, but may also result in batteries whose capacity increases over time. Anytime we can use a natural substance to power electronics we are moving in the right direction.

The awesome development could affect multiple industries, reports Discovery, which notes that biological materials might allow us to bring down costs and expend less energy in manufacturing, while synthetic graphite demands specific preparation and purification processes that are not only more costly but less environmentally friendly.

It is expected that nearly 900,000 tons of natural raw graphite would be needed for anode fabrication for nearly six million electric vehicles forecast to be built by 2020.  And cell phone users will wait a decade to experience the portobello mushroom power on the phones.  In the meantime, battery charging remains a powerful topic.  Companies like Veloxity and other cell phone charging solution providers offer cell phone charging kiosks for businesses to rent or purchase.

Follow us: @MailOnline on Twitter | DailyMail on FacebookWactivation of blind pores within the carbon architectures as the cell charges and discharges over time,” says Brennan Campbell, a graduate student at UC Riverside.