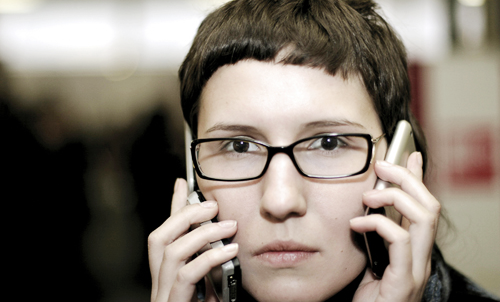 Much like other consumer products, cell phones have an array of statistics based on usage, manufacturer, price, etc. Here’s to some of the most interesting US cell phone statistics and facts:

According to PewResearch, as of February 2014:

Some say, that cell phones have become an epidemic and to a certain extent, that claim is correct. 67% of cell phone owners find themselves checking their phone for messages, alerts, or calls — even when they don’t notice their phone ringing or vibrating.

44% of cell owners have slept with their phone next to their bed to ensure that they didn’t miss any calls, text messages, or other updates during the night. 29% of cell phone users cannot imagine living without their phones.

Originally, cell phones were designed to make phone calls and send the occasional text. But over the years, as cell phones have matured and evolved, owners of cell phones are using them less and less as they were originally intended.

Since the popularity of cell phones has grown, so has the number of manufacturers trying to gain the consumers business. These days, the buyer can pick between big and small phones, expensive and inexpensive phones, and phones with varying performance. Here is a list of the best-selling smartphones in the U.S. as of May 2014:

The rate at which one’s cell phone charges is just as important as the battery life itself. Some manufacturers provide large capacity batteries, such as the one on the Motorola Droid Turbo, while other manufacturers allow your phone to charge rapidly either using a unique cell phone charger or built in software. Here is a list of the top 5 fastest charging cell phones in the market today:

Regardless of the type of phone, there is a good chance that it will fast charge with Veloxity’s cell phone charging station. The charging station comes with secure lockers that accommodate charging for just about 98% of smartphones on the current US market.